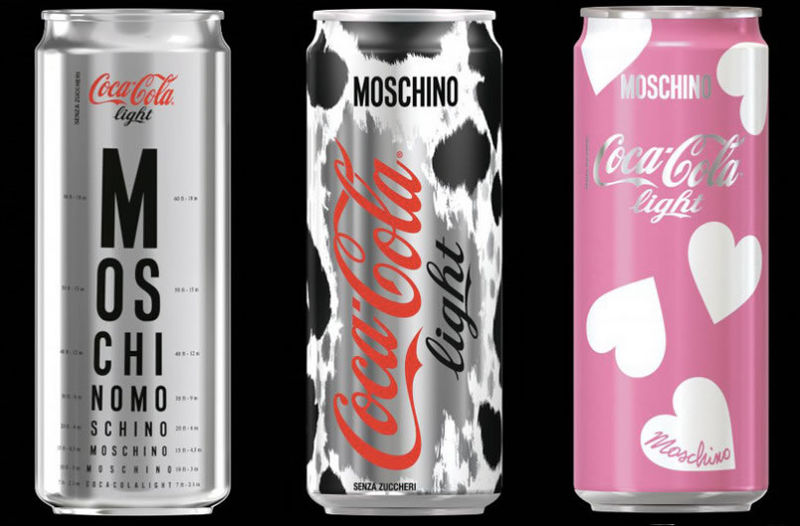 The name of the collection is called Coca-Cola Light loves Moschino and it was led by designer Jeremy Scott, who led his team in the creation of three eye-catching prints: eye chart, cow and hearts. The designs will appear on the 330 ml can, 500 ml bottle and 1.75L bottle versions of Coke Light products. In addition to these fashionable Coke cans, Moschino is having a contest where people can enter the code found under the bottle cap to win a jersey signed by the famous fashion house.

The Moschino limited-edition coke light cans are only available until December and sold only in Italy.
3.6
Score
Popularity
Activity
Freshness