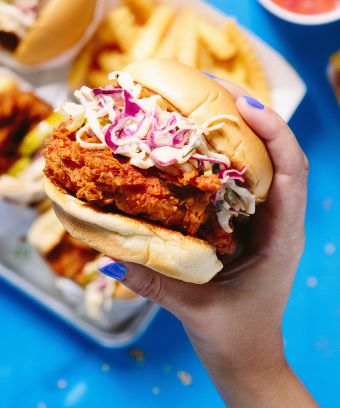 Based on the wildly popular Chik’n Shack, this spicy chicken sandwich will be available nationwide. Shake Shack has spent quite a bit of time developing a spicy version of its best-selling sandwich. The limited-edition Hot Chick'n is topped with Louisiana hot sauce slaw, dill pickles and is served on the chain's classic potato roll. The sandwich uses the same buttermilk chicken as the Chik’n Shack, but is finished off with a blend of spicy peppers.

Eager fans can get early access to the Hot Chick'n on July 28th by purchasing the sandwich through the Shake Shack app.
1.4
Score
Popularity
Activity
Freshness