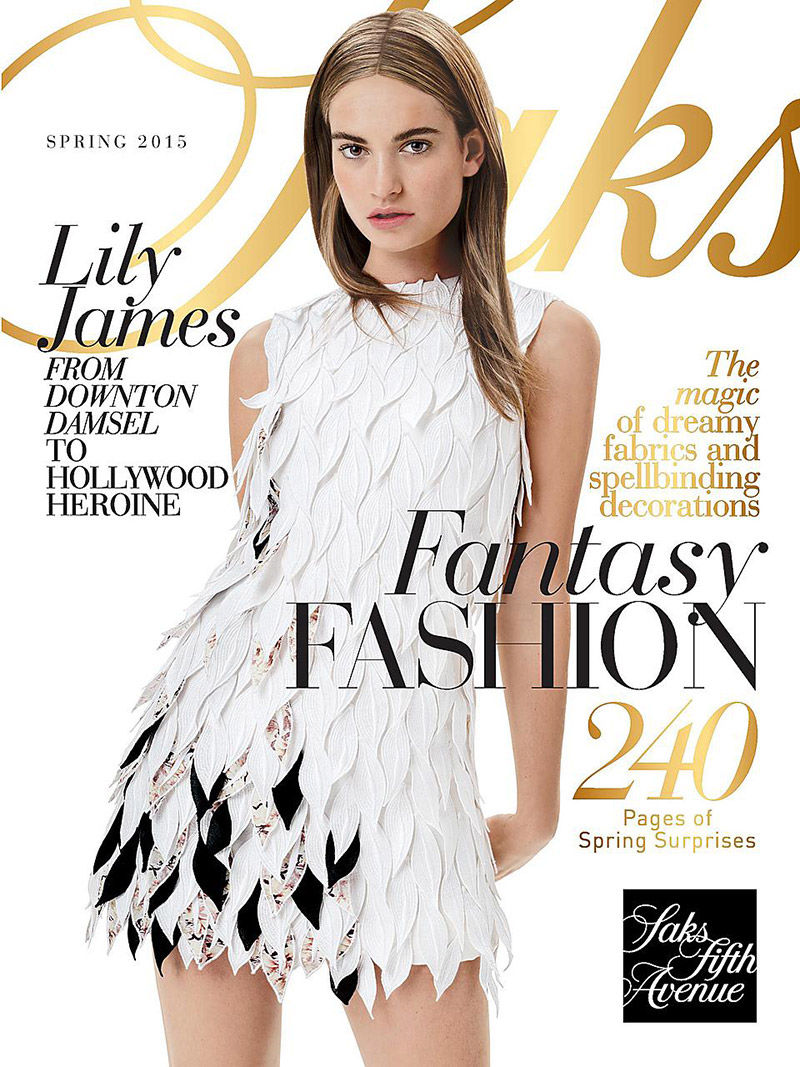 Meghan Young — March 10, 2015 — Fashion
References: saksfifthavenue & fashiongonerogue
Share on Facebook Share on Twitter Share on LinkedIn Share on Pinterest
Lily James is a British actress that may have been known for her role on 'Downton Abbey,' but is now making headlines as Cinderella. Starring in the live action Disney movie, she channels the princess for the spring 2015 cover story of Saks Fifth Avenue’s magalog. Of course, Lily James puts a modern twist on these looks, which is what women will want to emulate.

Posing in studio for photographer Nick Dorey, Lily James was outfitted in a range of feminine and spring-ready looks by stylist Jack Borkett. He pulled pieces from the likes of Chloe, Alberta Ferretti and Dolce & Gabbana. Lily James' wardrobe is full of prints, textures and pastels, which is great for warmer weather.
2
Score
Popularity
Activity
Freshness
View Innovation Webinars