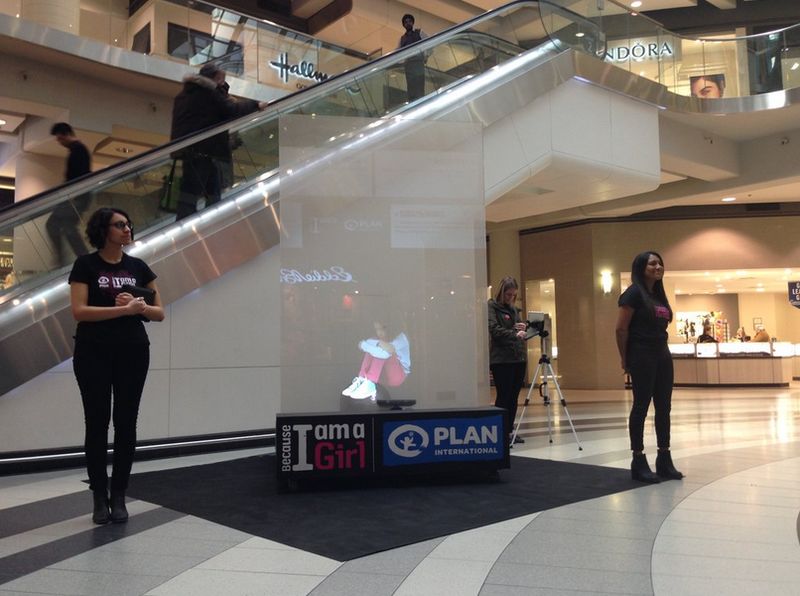 The hologram was set up in the CF Toronto Eaton Center and featured a girl on the ground hugging her knees, looking small. People passing by could interact with the image of the girl via social media by tweeting a positive message accompanied by the #LiftHerUp tag. As a result, the hologram of the girl would rise to her feet, seeming much more confident in herself.

Initially, the campaign sought to get 30,000 social media posts and that target was quickly reached within the first day. To further the feel-good nature of the campaign, Scotiabank supported Plan International's 'Because I Am A Girl' program by donating one dollar for every positive message shared on social media.
3.7
Score
Popularity
Activity
Freshness
Attend Future Festival Virtual