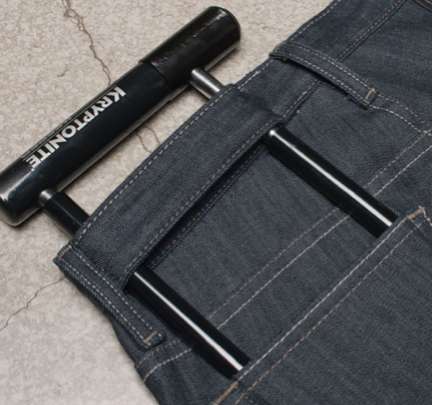 Amelia Roblin — July 13, 2011 — Fashion
References: store.levi & coolhunting
Share on Facebook Share on Twitter Share on LinkedIn Share on Pinterest
Increasing pressures from environmentalists and the chaotic condition of urban roadways encourages people to ride their bicycles to work. Thankfully, the new Levi's Commuter Series is here to help make life a little easier for abused cyclists who are constantly taking crap from drivers and thieves alike.

The clothing label has revealed the Trucker Jacket, a jean jacket with large accessible pockets that continue around the back of the coat. Flaps in the fabric make the material easy to breath in once you've worked up a sweat, and a antimicrobial odor protection deals with the rest. The 511 Skinny Commuter denim jeans have been equipped with additional pockets, a double waistband to store your bike lock, and reflective accents under the cuffs that can also be found elsewhere on items from the Levi's Commuter Series.