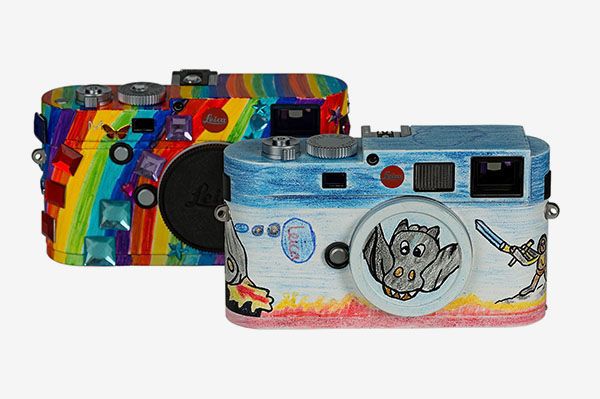 Meghan Young — January 20, 2015 — Life-Stages
References: leica-camera & designtaxi
Share on Facebook Share on Twitter Share on LinkedIn Share on Pinterest
The Leica M-Series camera has been given a playful twist for a good cause. When a group of children at an elementary school in Dortmund, Germany, were given white paper editions for a project, two were chosen to be auctioned off. All the money raised from the limited edition designs would go to a children’s charity named Kinderlachen.

Helmut Lutter, an artist based in Munich, Germany, is the one who went the extra mile to turn the paper Leica M-Series cameras into the real deal. One of the Leica M-Series models features a rough yet vibrant rainbow while the other one is much more subdued with dragon-slaying knight on it. Uplifting and fun, this project shows how children can help make a difference in the world through meaningful play and more.
4.6
Score
Popularity
Activity
Freshness
Jeremy Gutsche Keynote Speaker