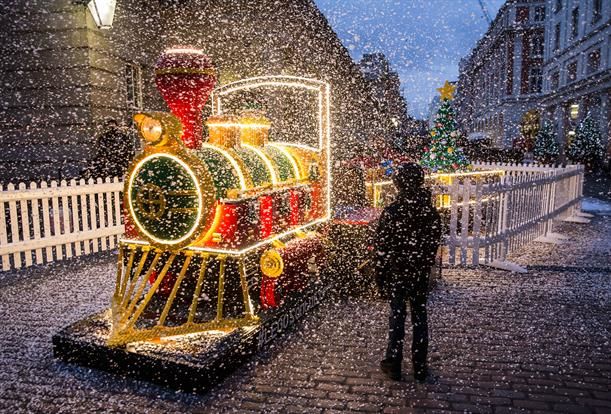 This Year's Christmas Build from LEGO is a Massive Locomotive

Laura McQuarrie — December 8, 2015 — Life-Stages
References: lego & eventmagazine
Share on Facebook Share on Twitter Share on LinkedIn Share on Pinterest
While there are dozens of pint-sized LEGO trains on the market, this year's Christmas Build from the toy company was a spectacularly scaled-up version of a locomotive. The LEGO train was officially titled 'The LEGO Santa Express' and it was stationed at London's Covent Garden.

This toy block train was made from more than 500,000 individual LEGO bricks and featured a number of special sound effects and lighting, as well as the ability to have smoke come out of its funnel stack. The train's three cabins include a place for a driver, a section full of presents, and a final compartment that totes a Christmas tree.

While LEGO is a company that's been assembling these fun and festive Christmas Builds for a number of years now, other brands are beginning to follow suit with extravagant holiday installations, such as trees made out of milk bottles and plush toys.
4.6
Score
Popularity
Activity
Freshness
Get Trend Hunter Dashboard