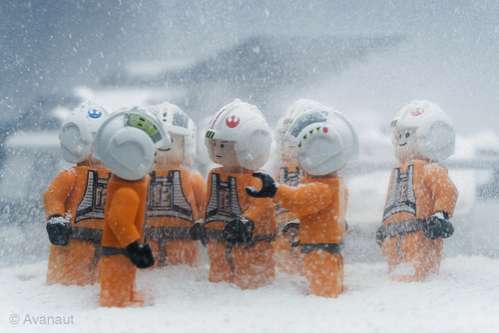 Lego Stormtroopers in the Snow Photography by Avanaut

Photographer Avanaut shot the series with (fake?) snow, creating blizzard like scenes that offered a more 'realistic' effect to the nerdy figurines. If you're looking for a geeky holiday DIY, printing these pictures of Lego Stormtroopers in the snow photos could make some pretty epic card covers!

Implications - These behind the scenes photos help viewers understand the magic behind these stormtrooper snow shots, which are unusual and complex in technique. Avanaut's process is one that requires extraordinary dedication and vision, which comes through in the exquisiteness of the shots themselves. Although not easy to recreate, the behind the scenes shoot is helpful for those wanting to experiment with their own LEGO interpretations in a similar manner.
3.5
Score
Popularity
Activity
Freshness
Get the 2021 Trend Report FREE