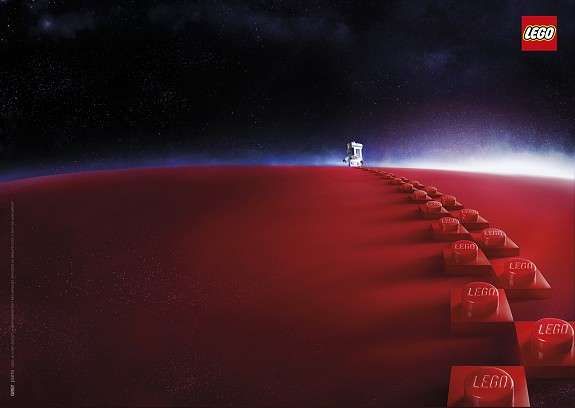 These iconic building block pieces offer children and adults alike a way to expand and stretch their imagination by simply creating their own structures and figures from scratch. In order to capture this level of imagination to consumers, the ad agency created a clever marketing campaign that showcases an astronaut on Mars. What makes this imagery unique is the fact that instead of seeing footsteps left behind the astronaut as he walks by, we see LEGO blocks on the floor instead.

This clever print ad is able to showcase the limitless capabilities that LEGO toys can have, by comparing them to features out in space.