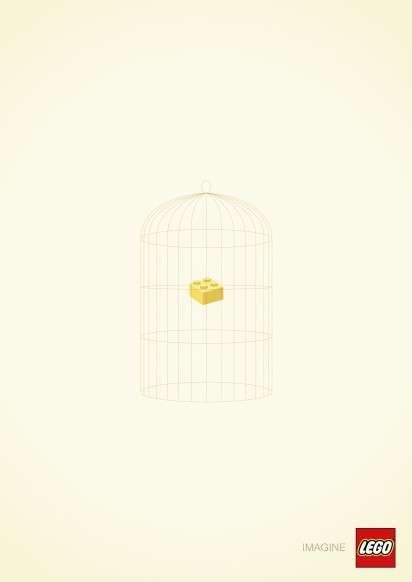 Meghan Young — January 18, 2013 — Marketing
References: brad & ibelieveinadv
Share on Facebook Share on Twitter Share on LinkedIn Share on Pinterest
The LEGO Imagine ad campaign shows that children and adults don't necessarily have to build something to enjoy the boundless amounts of creativity this toy offers. In this case, it takes individual building blocks and places them in typical animal homes such as a bird cage, fish tank and lily pad. By surrounding them with such illustrations, people can immediately imagine the pieces as animals.

Conceived and executed by BRAD, an ad agency based in Montreal, Canada, the LEGO Imagine ad campaign also encourages people to build things that aren't necessarily inanimate structures, which are easy to fall back on. Art directed by Julien de Preux with creative direction by Carle Coppens, the print ads are pretty open-ended, allowing them to be interpreted however someone wishes.
4.6
Score
Popularity
Activity
Freshness
Get Better and Faster