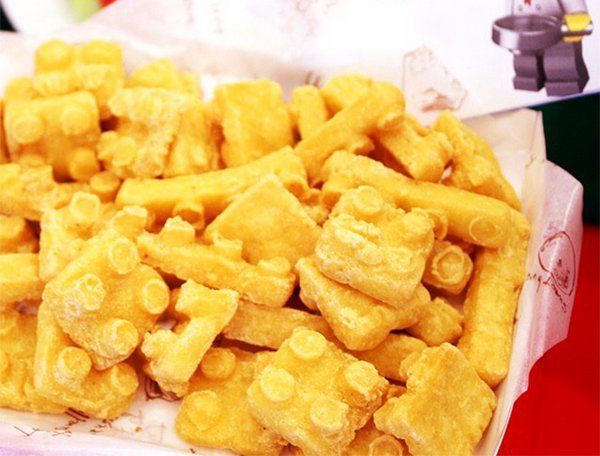 Michael Hines — March 20, 2017 — Life-Stages
References: legoland.jp & thatsnerdalicious
Share on Facebook Share on Twitter Share on LinkedIn Share on Pinterest
Visitors to LEGOLAND Japan are going to want to make sure they pick up an order of LEGO French Fries. The park, opening April 2017 in the city of Nagoya, will offer a variety of foods. These include a make-your-own slushee station, hot dogs, roast beef and French toast. Those are all fine theme park snacks, but none come close to the uniquely LEGO French Fries.

The fries come in two styles, brick and rectangle. It doesn't look like they can be used to build an edible house... at least not yet anyway. No word on how much an order of LEGO French fries will cost. Although French fries are a side dish, it's difficult to imagine this not being the most popular food at LEGOLAND Japan. Hopefully other LEGOLAND locations around the world begin offering more toy brick-inspired foods. Who says you shouldn't play with your food?
3.5
Score
Popularity
Activity
Freshness
Attend Future Festival Virtual