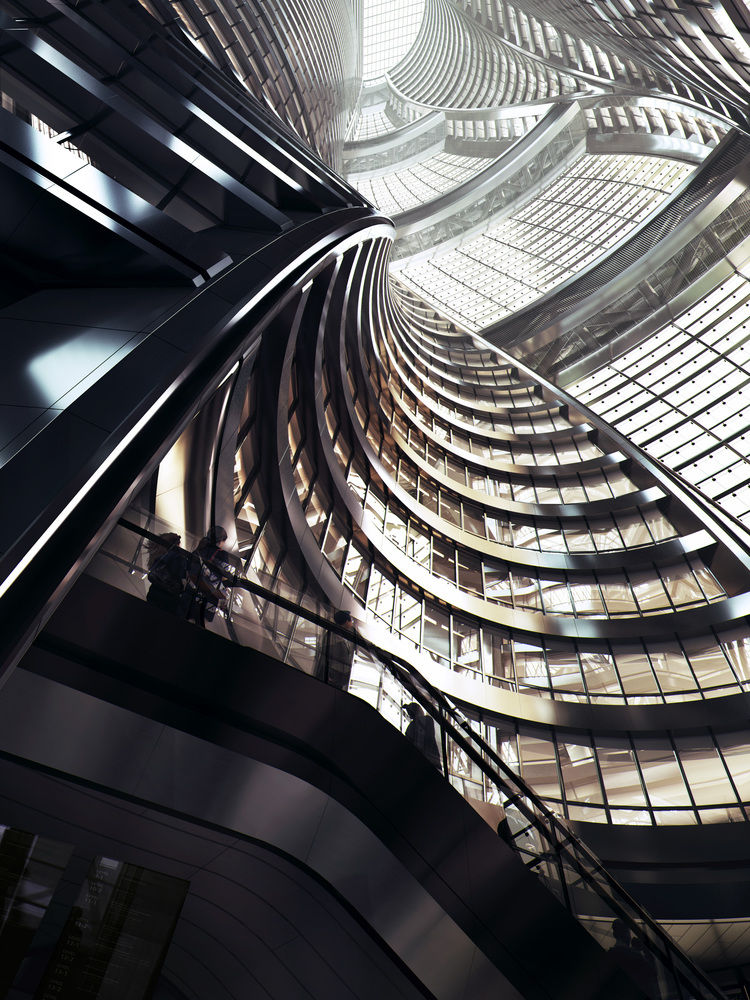 Joey Haar — February 17, 2017 — Art & Design
References: archdaily
Share on Facebook Share on Twitter Share on LinkedIn Share on Pinterest
Zaha Hadid Architects, the massive multinational architecture firm, has released new images of its Leeza SOHO building, which rises above Beijing's Lize Financial Business District. Though the building's pure aesthetics are a sight to behold in and of themselves, Leeza SOHO is receiving special acclaim and attention for owning the world's tallest atrium.

For those who might not know, an atrium is an architectural form in buildings that consists of open space; many office skyscapers open onto atria in the guest lobby. Leeza SOHO's record-breaking atrium rises 190 meters, which is the complete height of the building. In other words, upon entering the building, one will be able to look up and stare directly at the glass ceiling that tops the skyscaper.

Zaha Hadid Architects is known for its bold adventures in form, and the Leeza SOHO atrium is a perfect example of that.
5.5
Score
Popularity
Activity
Freshness
Get Better and Faster