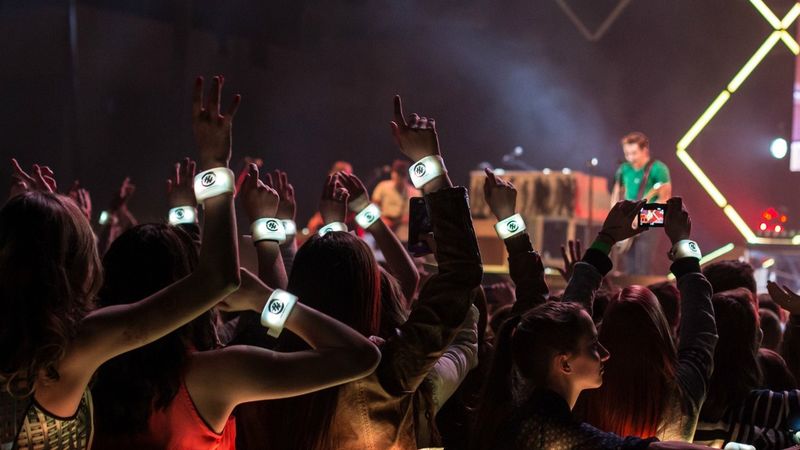 Meghan Young — April 18, 2015 — Art & Design
References: cbs & mashable
The iconic visual of concert-goers waving lighters to the music of their favorite groups has been captured in the design of LED wristbands. A collaborative creation between Warner Music Nashville, Mobaglo, Glow Motion Technologies and Mary Kay for the Academy of Country Music Awards, the LED wristbands are a fun keepsake that can easily be used throughout the summer season for other events.

Of course, when used at the Country Music Awards, the LED wristbands will boast many more features. The designers made sure they will come together to create synchronized light waves, sparkles and other illuminations inside AT&T Stadium during performance as well as more than 16 million series color options to correspond with different performances.

Mashable writes, "The goal of the ceremony [...] is to not only create an extra visual element inside the venue for attendees, but to also entertain million of viewers watching from home with more than just what's on the stage."
5.1
Score
Popularity
Activity
Freshness