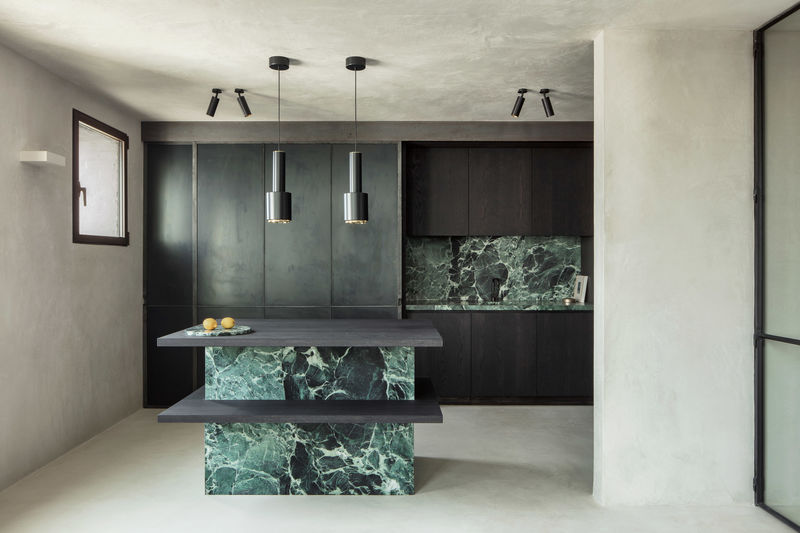 This Lawyers Office Interior is Exceptionally Modern and Elegant

Kalina Nedelcheva — April 27, 2018 — Art & Design
References: arjaandefeyter.be & dezeen
Share on Facebook Share on Twitter Share on LinkedIn Share on Pinterest
This Belgian lawyers office interior is designed by interior architect Arjaan de Feyter who displays a meticulous use and combination of materials. The project was commissioned by Dutch firm Deknudt Nelis and the brief called for notes of simplicity and warmth that "evoke a sense of authenticity and honesty." As his clients were captivated by the interior of his own office, Arjaan de Feyter used his space as a reference point to build a modernist atmosphere.

To bring out a subtle contrast, while maintaining a contemporary and minimalist ambiance, Arjaan de Feyter employs blackened steel and dark walnut. The designer accents the lawyers office interior with a rich and mesmerizing deep-green marble material.