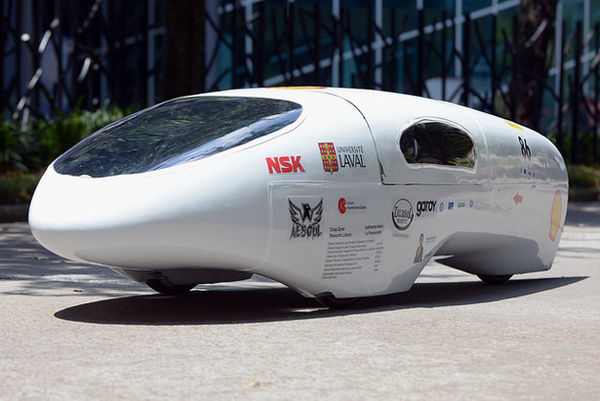 Meghan Young — May 13, 2014 — Autos
References: shell & psfk
Share on Facebook Share on Twitter Share on LinkedIn Share on Pinterest
The Laval Eco-Marathon Americas 2014 concept car won the top prize at the recent Shell competition, which makes it the fifth time in the row for such a feat. Impressive on a number of levels, the competition challenges teams of students to build some of the world’s most energy-efficient vehicles. This time around, the Quebec-based university team managed to design a torpedo-shaped car that is capable of travelling from New York to Los Angeles on less than a gallon of fuel.

With the University of Toronto's creation in close second, the Laval Eco-Marathon Americas 2014 concept car unfortunately didn't beat its record-setting mark of 3,587 miles per gallon that was gained last year. Nevertheless, the captain, Audrey Lainé, says, “Our team is very excited with the results of the weekend. We had issues with our engine, but we came together as a team and fixed it."
6.4
Score
Popularity
Activity
Freshness
Jeremy Gutsche Keynote Speaker