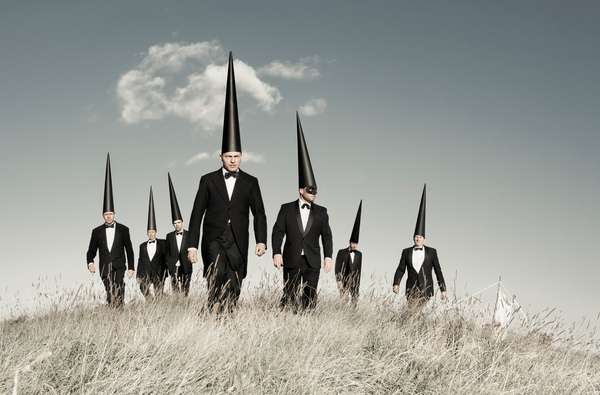 This Laurence Winram Series is Surreal and Curious

While much surreal photography seeks to wow viewers with curiosity and strangeness, Wimram's work is able to impress them with not only its creativity and imagination, but also with the high quality of the photography. Each piece is well composed in terms of both color and framing. Substantively, Winram's work is just as good.

The bulk of the photographs featured here depict men in suits wearing strange pointy hats walking through misty Scottish landscapes. In some ways they seem reminiscent of wizards from a Harry Potter book or movie. Other shots seem to draw on painting. One scene depicts men, presumably medical students, standing curiously around a cadaver in a way very much reminiscent of Rembrandt's 'The Anatomy Lesson of Dr. Nicolaes Tulp.'
2
Score
Popularity
Activity
Freshness