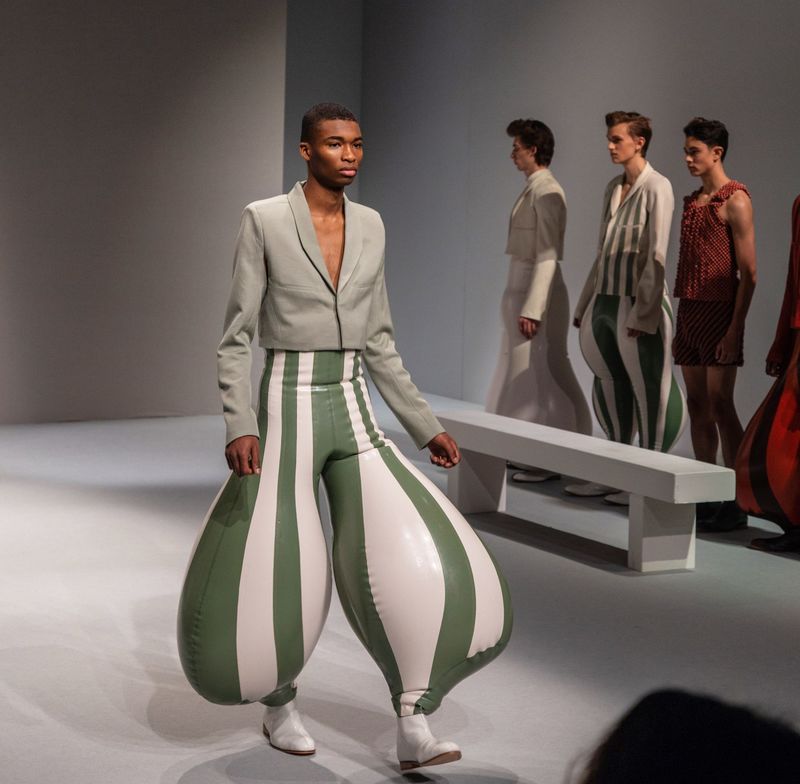 Laura McQuarrie — February 25, 2020 — Unique
References: instagram & dezeen
Harikrishnan's graduate collection at the London College of Fashion introduced bold silhouettes that combined sleek tailored jackets with inflatable latex trousers. The statement pieces of the exaggerated silhouettes were crafted with up to 30 individual latex panels, creating some designs that are entirely one solid color and others that create striped patterns.

To create the voluminous shapes, Harikrishnan pumped the trousers with a seven millimeter-wide inflation valve. According to the menswear designer, "I got the idea when I was playing with my dog and I started thinking about how exaggerated objects must look from such a low angle. The thought of him seeing me as a giant figure or not seeing my head at all was intriguing, so I decided to reimagine the people around me through the game of distortion—detached from the stereotypical, pre-determined notions of the human perspective."