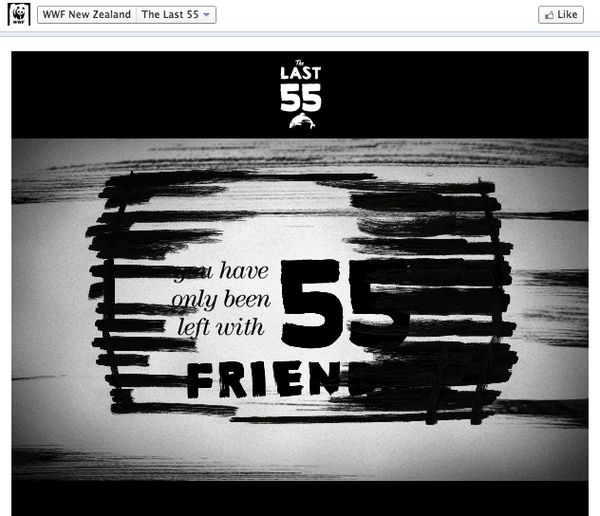 WWF's Last 55 on Facebook Simulates the Decline in Maui's Dolphins

There are only 55 Maui's dolphins left in the world and it's hard to get a grasp on just how shockingly small this number is. To give a better representation of the number 55 is, WWF's Last 55 experience on Facebook shows what happens when your Facebook friends are wiped out like these dolphins.

For some, it's easy to accumulate hundreds or thousands of friends on Facebook, but with authorization, the experience simulates whittling down your Facebook friends down to a measly 55 people. Of course, your friends aren't removed forever, but the same can't be promised for Maui's dolphins. With the campaign, WWF is hoping to encourage people to petition political leaders in New Zealand to make a change.
5.5
Score
Popularity
Activity
Freshness
Get Better and Faster