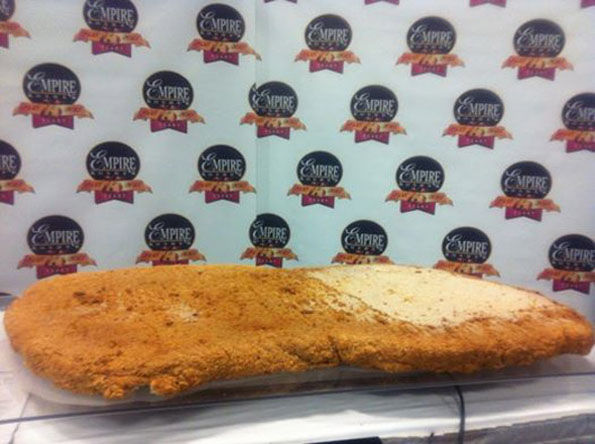 While it's no shock that fried food is extremely unhealthy, especially if eaten in large amounts, Empire Kosher Poultry has created a giant chicken nugget that will make you feel less guilty about all the mini nuggets you've been eating this week.

This gigantic piece of chicken weighs 51.1 lbs, so you better have brought your appetite if you're brave enough to try this. In order to make this creation, this nugget was fried in a 500 gallon fryer -- that is a lot of unhealthy oil -- and it took 45 minutes to cook.

If the crazy weight and amount of oil still hasn't turned you off from trying, you should know the largest chicken nugget is 720 times bigger than your average nugget.
2.1
Score
Popularity
Activity
Freshness