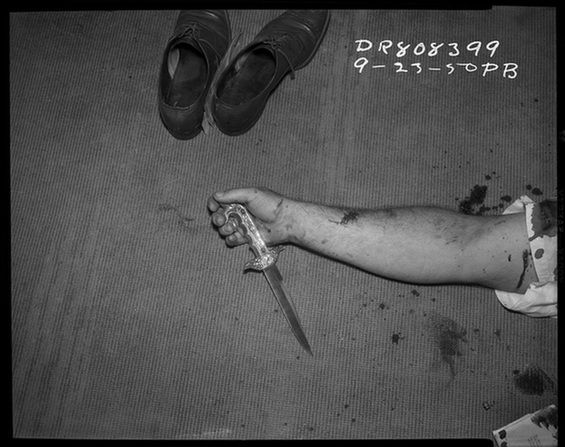 LAPD Archives by Merrick Morton Provides a Rare Glimpse into Past

Meghan Young — April 23, 2014 — Fashion
References: fototeka & beautifuldecay
Share on Facebook Share on Twitter Share on LinkedIn Share on Pinterest
It was only until recently that one million crime scene photographs, no more and no less, were discovered in the long forgotten archives of the Los Angeles Police Department; they now make up the exhibit titled LAPD Archives by Merrick Morton, an LA-based photographer and LAPD reserve officer.

Restored and salvaged, LAPD Archives by Merrick Morton will be shown at Paramount Pictures Studios this upcoming weekend by Fototeka. Offering new insight into the discourse between crime fighting and art, the series "embody the very human tension between revolution and curiosity, for although these images were initially used to catch and reprimand criminals, they now function to satisfy our more voyeuristic yearnings," as noted by Beautiful Decay.
6
Score
Popularity
Activity
Freshness
Attend Future Festival Virtual