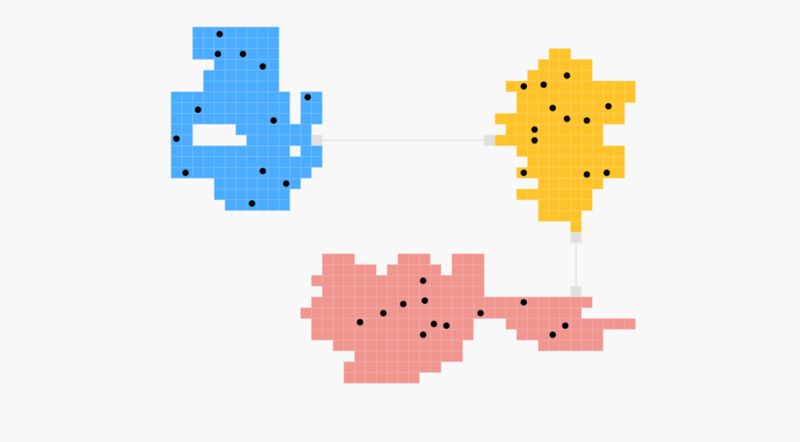 Joey Haar — July 26, 2016 — Tech
References: fatiherikli.github.io & boingboing.net
For armchair linguists fascinated by the mutation of languages over time, the 'Language Evolution Simulation' is a neat visualization that uses probability and a computational model called the "agent based model" to demonstrate linguistic changes.

In the browser app, "agents" represented by tiny dots live on three islands, each with a unique fictional language consisting of a dictionary of meaningless words. As these dots gradually interact with one another and occasionally travel to the neighboring islands, they pass words to one another. These words have a small percentage chance of being changed by the agent that hears them, and over time each of the three languages adapts and shifts.

The Language Evolution Simulation is a simple example of how computers can quickly replicate the immense complexity and era-spanning time frame of something like linguistic modulation.
2
Score
Popularity
Activity
Freshness