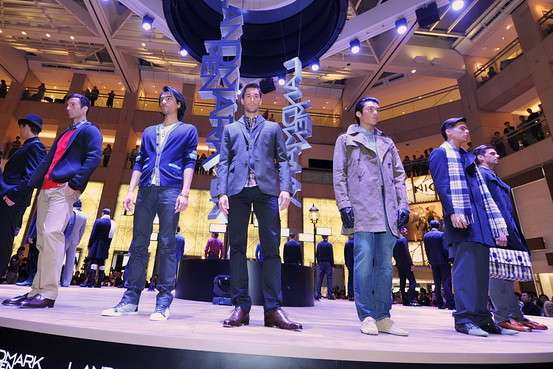 Landmark Men in Hong Kong Caters Only to Fashionistos

Andrew Loh — October 13, 2011 — Fashion
References: landmarkmen & blogs.wsj
Share on Facebook Share on Twitter Share on LinkedIn Share on Pinterest
Traditionally, women are the ones who dominate the shopping scene; however, in today's appearance-conscious society, that has become a thing of a past, especially with the release of Landmark Men in Hong Kong. Men are becoming more comfortable with embracing their sensitive and feminine side, breeding a population of fashion and style-savvy men.

Following that, the basement area of the prestigious Landmark mall in Hong Kong went through a makeover, in which it was remodeled so to exude a strong masculine aura. The 60,000 square-foot space, dubbed the Landmark Men, is dedicated primarily to menswear, grooming and gadgets. Among the retailers of the guy-oriented mall are Thomas Pink, Gucci and Valentino Men.

Landmark Men by Hong Kong Land is a testament of the great influence exerted by the male demographics on Asia's luxury markets.
2.4
Score
Popularity
Activity
Freshness
Get Trend Hunter Dashboard