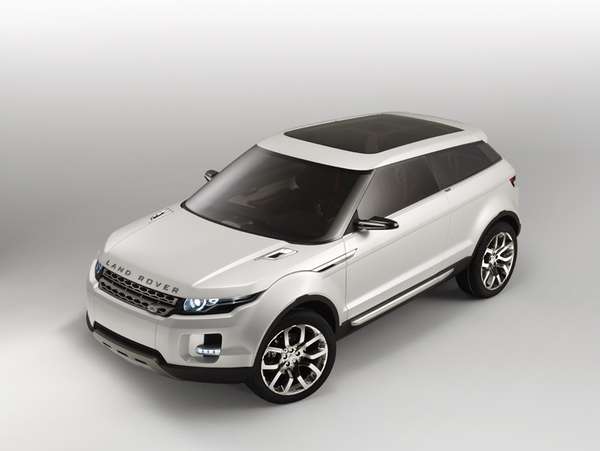 Hjortur — December 14, 2007 — Autos
References: newswire
Share on Facebook Share on Twitter Share on LinkedIn Share on Pinterest
Land Rover revealed pictures of their new LRX concept vehicle that will be officially launched on the NAISA in Detroit in January 2008. Being the first car designed from scratch under the control of the new design director, Gerry McGovern, the LRX marks a new era for Land Rover.

The LRX is the smallest of the Land Rover family and the most environment friendly car they have introduced. It is a two door coupe, four wheel drive car with a front end that reminds you off the Freelander II. The back end is more sporty and is like a smaller, sportier version of the popular Range Rover Sport.

To create a more environmentally friendly car with increased fuel efficiency and reduced CO2 emissions the car is has got improved aerodynamics and reduced weight. The glass roof and side windows are made of polycarbonate which is around 40% lighter. Information on engines has not been released yet.
2.8
Score
Popularity
Activity
Freshness
Jeremy Gutsche Keynote Speaker