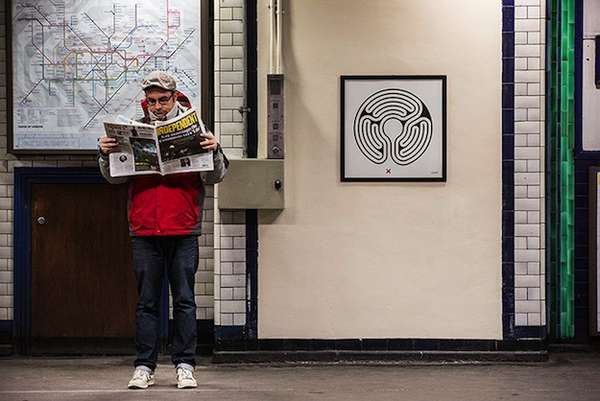 Meghan Young — February 8, 2013 — Art & Design
References: guardian & psfk
The London Underground has decided to celebrate its 150th birthday by throwing an artsy party via the Labyrinth Project. But unlike traditional celebratory get togethers, this one's here to stay. The Labyrinth Project is a permanent art installation that will grace tube stations across London.

Created by artist Mark Wallinger, the Labyrinth Project is made up of 270 black and white enamel artworks. These artworks revolve around different labyrinth designs, hence the name of the installation. Each of the 270 artworks have been numbered according to the route taken on the 2009 record breaking Tube Challenge, which is what the Guinness Book of Records called the attempt to visit every station in the fastest possible time.

The Labyrinth Project was inspired by the standard tube maps, which were designed by Harry Beck.
0.6
Score
Popularity
Activity
Freshness