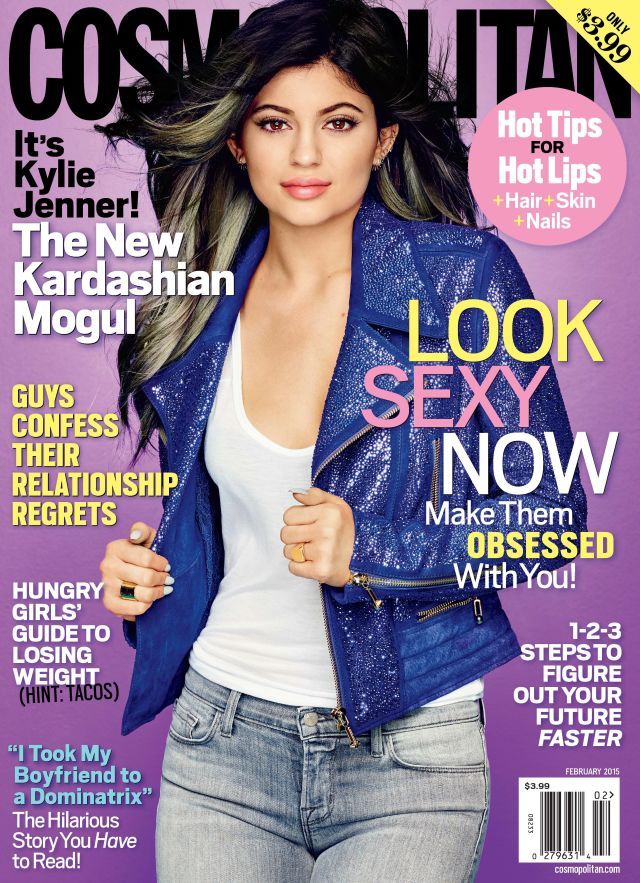 The Kylie Jenner Cover for Cosmopolitan is the Reality Star's First

Meghan Young — January 7, 2015 — Fashion
References: cosmopolitan & refinery29
The Kylie Jenner cover shoot for Cosmopolitan is her first when it comes to major magazines. This could signal the beginning of world domination, which is only natural if she means to follow the footsteps of her famous sisters. She is already blossoming into a beauty icon. The youngest of six, the brunette beauty has had a lot of time to digest her lifestyle and everything that comes with it.

In the article accompanying the Kylie Jenner cover shoot, she says, "I can have my moments and say that I don't want this life anymore, but I wouldn't trade it for the world. The good is definitely worth the bad." She also addresses the rumors of plastic surgery and how she dealt with the split of her parents, which was aired live on television.
2.8
Score
Popularity
Activity
Freshness