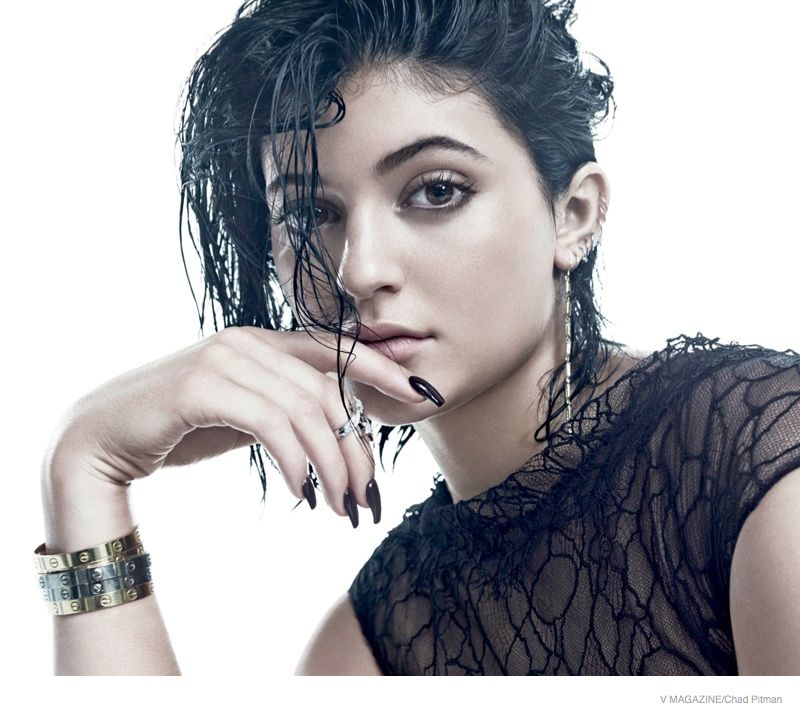 Tana Makmanee — September 1, 2014 — Pop Culture
References: fashiongonerogue
While the spotlight is often placed on the Kardashian clan as a whole, V Magazine has chosen to solely showcase Kylie Jenner in their new spread.

With the kind of impact that the Kardashian family has had in mainstream media, there's no surprise as to why the youngest members of the clan have popped up in fashion editorials and campaigns themselves. Showcasing Kylie Jenner wearing couture labels such as Chanel and Armani, this V Magazine spread showcases this reality starlet seeking to break out on her own, using risque apparel to showcase a more mature side to her look.