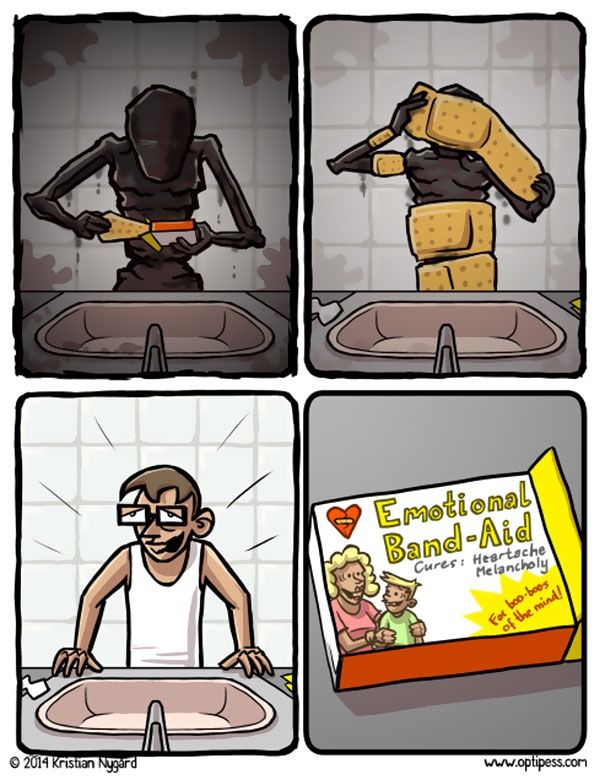 These Illustrations by Kristian Nygard Reveal Truths About Depression

In his web comic series 'Optipess' (a combination of the words optimistic and pessimistic), Kristian Nygard covers all manner of topics ranging from the lighthearted to the very challenging. Recently, Nygard has been gaining attention for his coverage of a topic that can be difficult to explain or even speak about: depression.

In his darkly humorous, achingly resonant comics, Kristian Nygard depicts the realities of depression -- often using a shadowy "charcoal being" to represent the darkness that lurks inside a person with depression. The charcoal being covers itself in bandaids, dons a zippered human suit and even attempts to extract itself from the human's body, but the comics show the falseness of these attempts at appearing to be healthy and happy when depression is underneath.
5.6
Score
Popularity
Activity
Freshness
Jeremy Gutsche Keynote Speaker