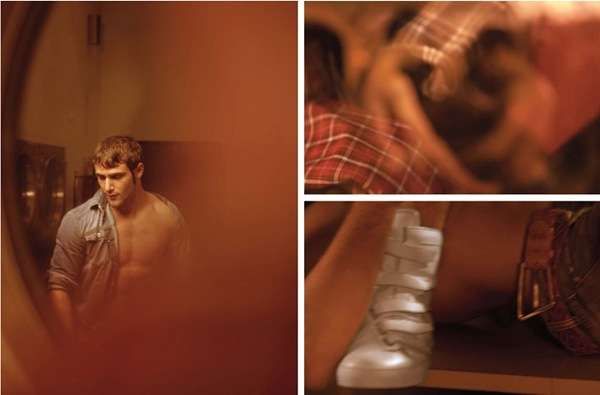 Van Assche reportedly chose photographer Jeff Burton for his "unique and radical" approach in reinterpreting pornography in an contemporary, artistic and seductive way.

"Jeff and I discussed a wide range of subjects such as creativity, doubt, pride, shame, family, vulnerability, respect and freedom," Van Assche expains. "I didn’t involve myself in the shoot, though--I wanted to maintain the viewpoint of a witness or spectator."