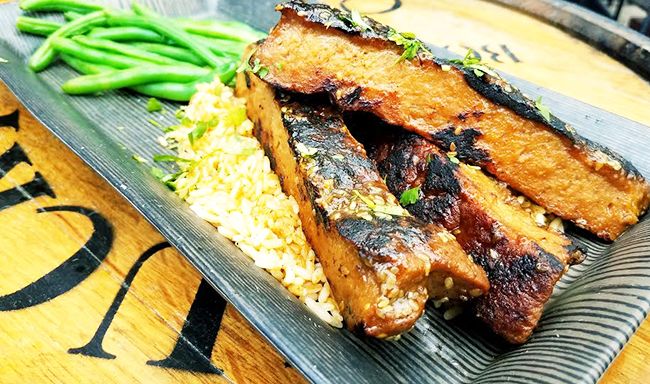 In partnership with The Herbivorous Butcher, Bourbon Butcher is now experimenting with the addition of vegan meat substitutes, such as these new plant-based ribs, which are served with coconut cilantro rice and green beans. After just two nights on the menu, the Korean-style ribs sold out, indicating how well the new menu item has been received so far.

All too often, many meat-centric restaurants seem opposed to the idea of expanding their menus to include meatless options, but for Bourbon Butcher, it was a perfect fit. As owner Tony Donatell says: "a restaurant called 'Bourbon Butcher' known for being ‘meat-centric’ had to have meatless meats on its menu!"
0.5
Score
Popularity
Activity
Freshness
Get Better and Faster