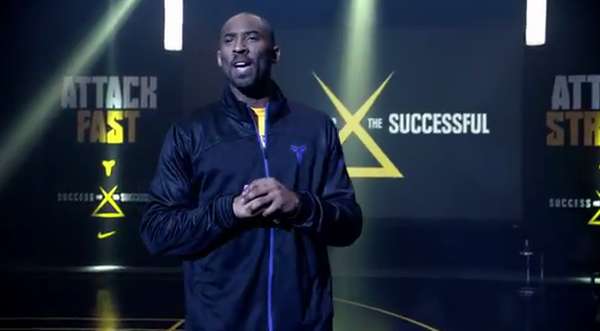 Featuring extremely successful people such as Richard Branson, Kanye West and Serena Williams, the KobeSystem: Success for the Successful commercial aims to get people to go beyond their successes to achieve even bigger and better goals by wearing Bryant's new shoe and using the KobeSystem. In the ad, which is directed by Jody Hill and produced by Wieden + Kennedy Portland, Bryant says even when you think you've reached your peak, you shouldn't stop as there are ways to get to an even higher level.

Says Nike Basketball's Global Marketing Director Adam Roth, "Kobe’s success truly transcends the court and can inspire others to go beyond what they think is possible. This multi-media campaign invites consumers to be an active part of the KobeSystem, in sport and in life."
4.4
Score
Popularity
Activity
Freshness
View Innovation Webinars

Famous Fierce Athlete Ads
The Under Armour ‘Protect This House. I Will. Training' Commercial