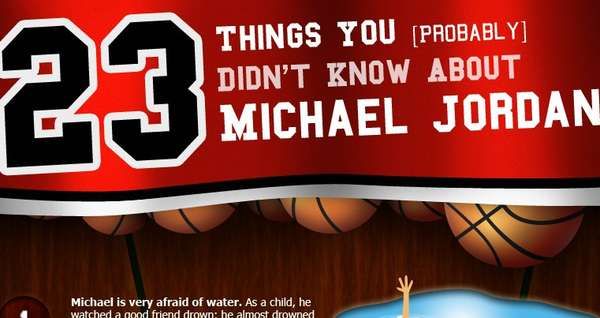 From more well-known facts about his line of athletic wear called Jordan to personal info about his parents' heights, the chart tells you everything you ever wanted to know about the basketball legend, and maybe even some things you didn't think you wanted to know. Some of the most shocking secrets revealed surround the death of his father, who was murdered "while sleeping in his car," as the graph explains.

The '23 Things You Didn't Know About Michael Jordan' infographic has definitely made me see the Chicago Bulls hero in a new light, and will have me singing the Space Jam theme song all day.
1.7
Score
Popularity
Activity
Freshness
Get Trend Hunter Dashboard