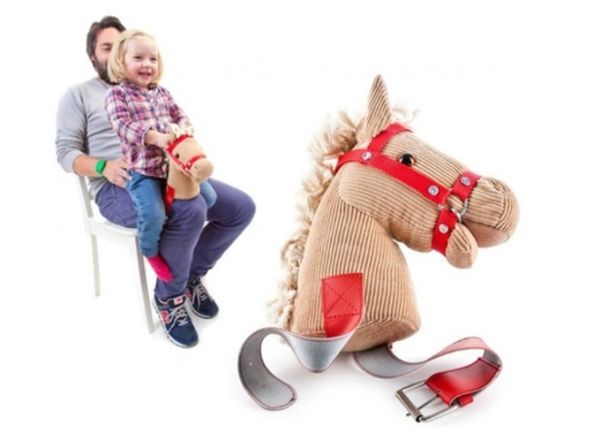 Meghan Young — April 30, 2014 — Life-Stages
References: perpetualkid & ohgizmo
Share on Facebook Share on Twitter Share on LinkedIn Share on Pinterest
Whether a person can't afford a real rocking horse, accommodate it physically or simply does not want one around, the Knee Horsey is a great compromise. Children will never understand parents' practical arguments (and when they finally do, they would be over the issue by then), so designs like the Knee Horsey offer the best of both worlds.

In place of the solid body, the Knee Horsey boasts straps and buckles so that adults can secure it do their leg, turning it into the rocking horse children have always wanted. Since there is still a head involved, they won't know the difference. It even comes with realistic galloping and horsey sounds, which are activated when the left ear is triggered.
2.4
Score
Popularity
Activity
Freshness
Jeremy Gutsche Keynote Speaker