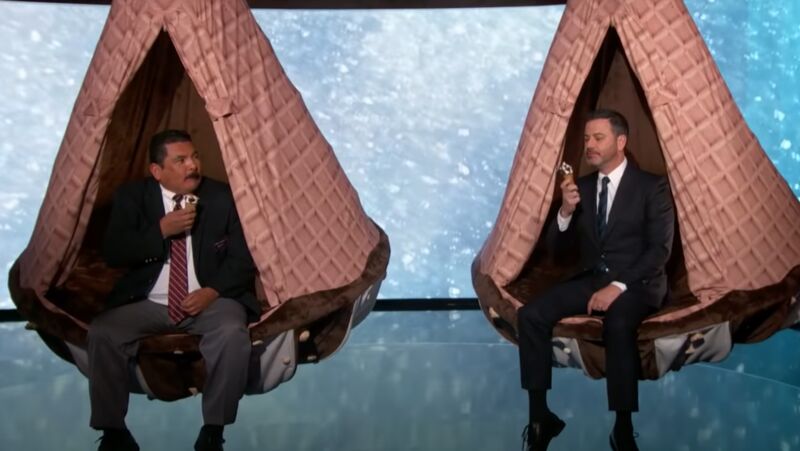 Klondike Its Giving Away Its Hanging Klondike Cone Zone Chairs

The design for the hanging chair was done in a collaboration between Edelman and Bednark Studio, who sought out to make a "private, cone-shaped paradise to block out anything that might distract multitasking fans from their cream." Just like the newly remodeled Klondike cone, the chair features a wafer tent-like opening and a mound of topping-rich ice cream, which is included at the base of the chair to function as a comfortable cushion. Fans can enter to win their own Klondike Cone Zone by simply retweeting Klondike's contest Tweet, and then checking it to see if they succeeded after March 11th.

The chairs recently made an appearance on Jimmy Kimmel Live!, where Kimmel and Guillermo tested them out while enjoying some ice cream.