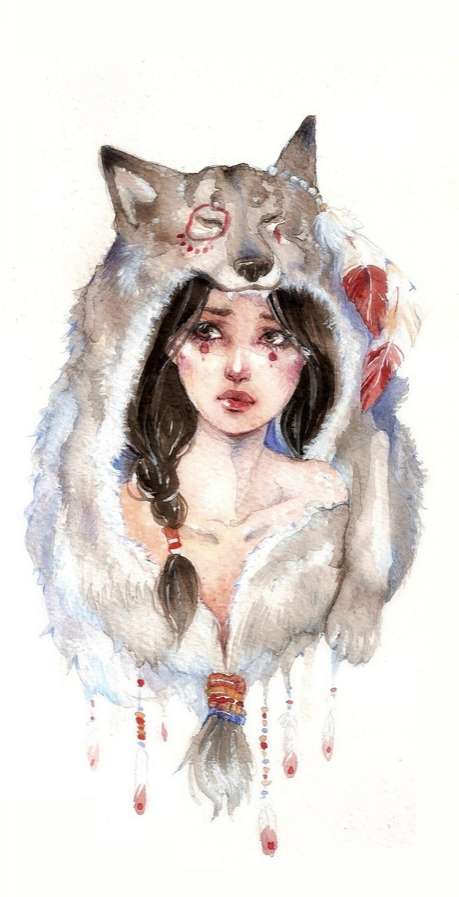 Jason Soy — August 24, 2011 — Art & Design
References: kirikochan.deviantart & urhajos.tumblr
I'm certain I've seen celebrities wearing animal skin-inspired hoodies much like the first illustration in this gallery, but Kiriko's works of art don't cheapen the experience at all. Rather, it makes viewers empathize with the work on an emotional level, with the serene beauty of the female subjects and their animal companions.

Working in both pencils and water colors, Kiriko is an Italian artist whose style is a blend of American comic illustrations along with Japanese animation aesthetics. She also has quite an affinity for the wilderness as demonstrated through these illustrations as well as her personal Tumblr blog. I'm extremely impressed with her animal-inspired motifs as well as her flawless execution of artistic ideas.

Implications - Consumers are gravitating towards naturalistic lifestyles and are appreciative of materials that remind them of the wilderness. This is because nature invokes calming sensations that directly contrast the pathos associated with technology. Corporations may consider using tribal motifs in their product designs in order to satiate consumer demand for nature-inspired materials.
6.2
Score
Popularity
Activity
Freshness