46 Innovations and Ideas For The Nostalgic 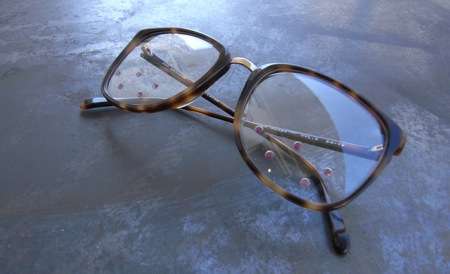 Marissa Brassfield — March 16, 2009 — Fashion
References: kielmead & notcot.org
These Kiel Mead 'Freck Specs' are doubly geeky--and perhaps that's why I love them. The tortoiseshell frames scream high school librarian, but their dotted lenses signal a freckled redhead. In elementary school, a kid might have been teased for having red hair, freckles and glasses. As an adult, however, such childhood nostalgia becomes charming rather than embarrassing.

Implications - The rise of social media and Internet startups, and the concurrent return of geek culture, has made geeks cool in mainstream culture. Fashion and accessories that were once shunned, such as thick-rimmed glasses, plaid and oversized digital watches, are now must-have items. Products that combine several formerly undesirable traits, such as glasses dotted with freckles, push this boundary even further.
2
Score
Popularity
Activity
Freshness