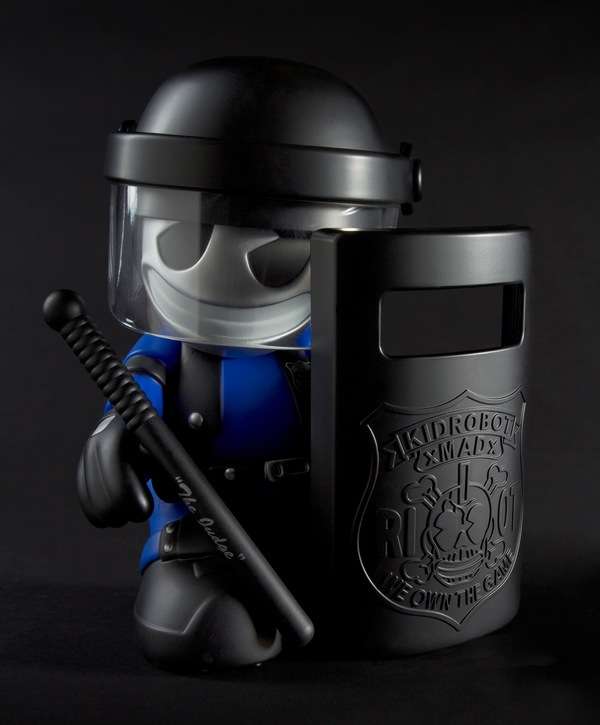 The Kidriot Mascot #19 action figure was designed by Jeremy Madl, the Kansas City native behind MAD Toy Design. The action figure took a staggering three years to finish and -- to the surprise of both Madl and Kidrobot -- promptly sold out in four days.

This kind of success is not entirely new to Jeremy Madl, whose client list includes companies like Mattel, Pepsi, Scion, and the NFL, among others. His work shows a comedic attention to detail and craftsmanship that illuminate the 13-year veteran's artistic skill.

There are only 1,500 copies of the Kidriot Mascot #19, so if you're interested, lock yours down now.
3.3
Score
Popularity
Activity
Freshness
Attend Future Festival