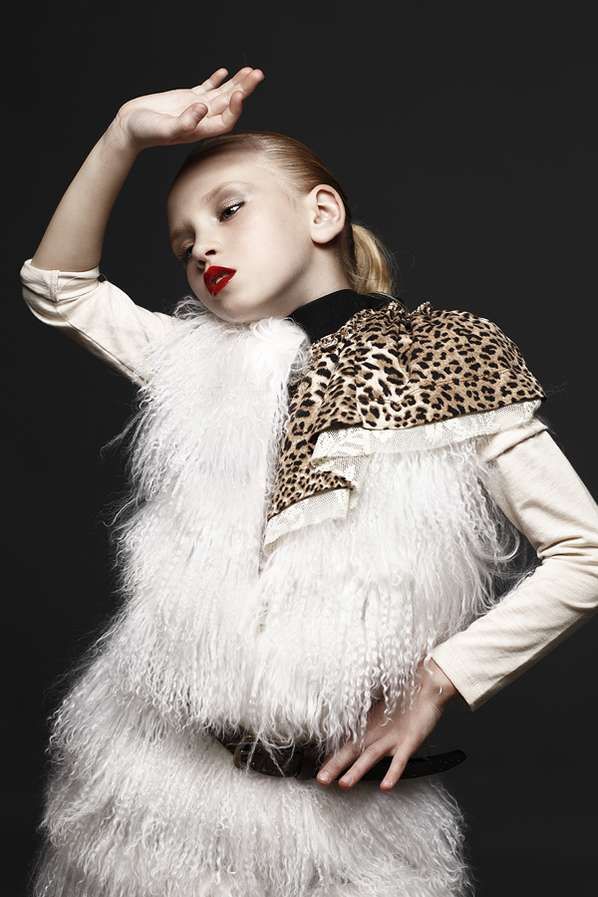 Meghan Young — August 18, 2011 — Fashion
References: oussenko & behance.net
Share on Facebook Share on Twitter Share on LinkedIn Share on Pinterest
Photoshoots like the Kid is Hot Tonight have become hugely controversial of late, stemming from the Vogue Paris spread starring 10-year-old Thylane Lena-Rose Blondeau. Granted, this photo series isn't as controversial as that editorial or the Jours Apres Lunes 'loungerie' line for little girls. It nevertheless fuels the debate as to what is and what is not appropriate when it comes to children.

Shot by Russia-based photographer Igor Oussenko, the Kid is Hot Tonight series may have a mature tone do it due to Anastasia Lazutina's hair and makeup as well as 7-year-old Nastya's poses and expressions, yet she is thankfully dressed in age-appropriate attire, which was styled by Georgy Rushev. As an aspiring actress, perhaps Nastya's ambition excuses the controversy behind this "performance."
6.7
Score
Popularity
Activity
Freshness
Attend Future Festival