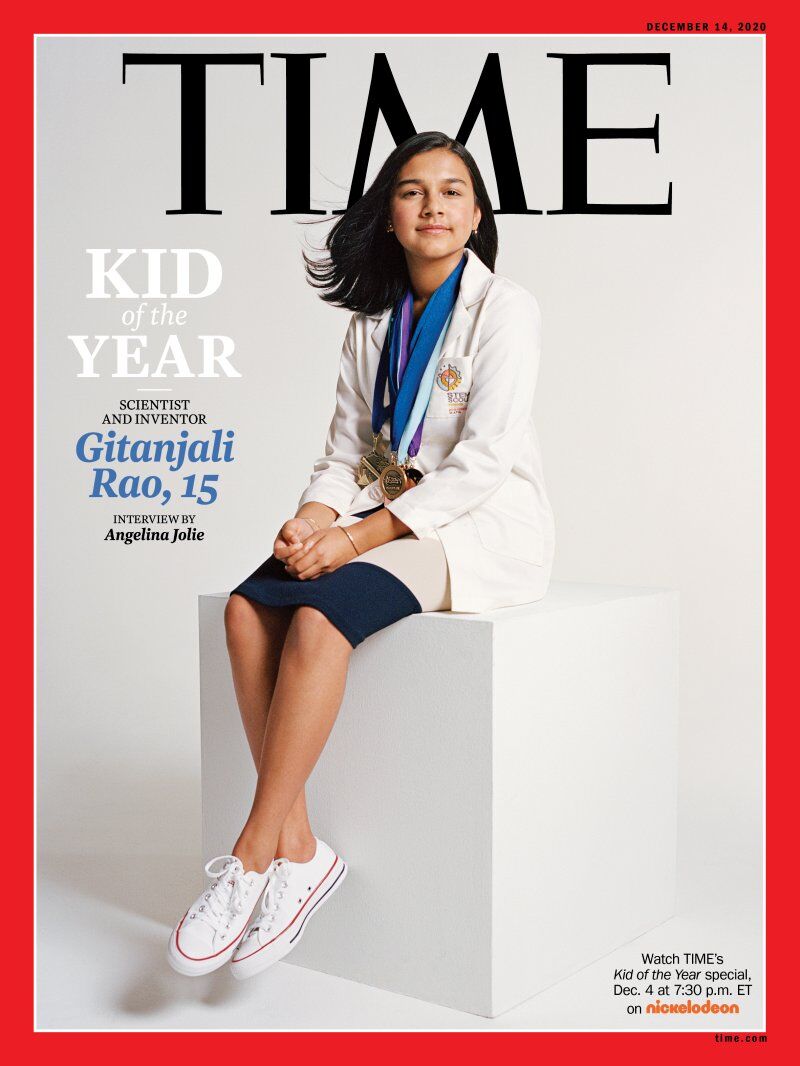 As a part of the feature, Rao was interviewed by Academy award-winning actor, activist, and TIME contributing editor Angelina Jolie. In the interview, Jolie seeks to understand more about Rao's Tethys invention—a device that's able to detect the presence of lead in drinking water, which connects to an app and is less costly than other methods that are currently available. Rao explains that she was inspired to create the device in response to the Flint water crisis, which motivated her to learn more about chemistry.

The magazine issue also spotlights four other Kid of the Year finalists aged between 8 and 16 years, who have made a positive impact in the world.