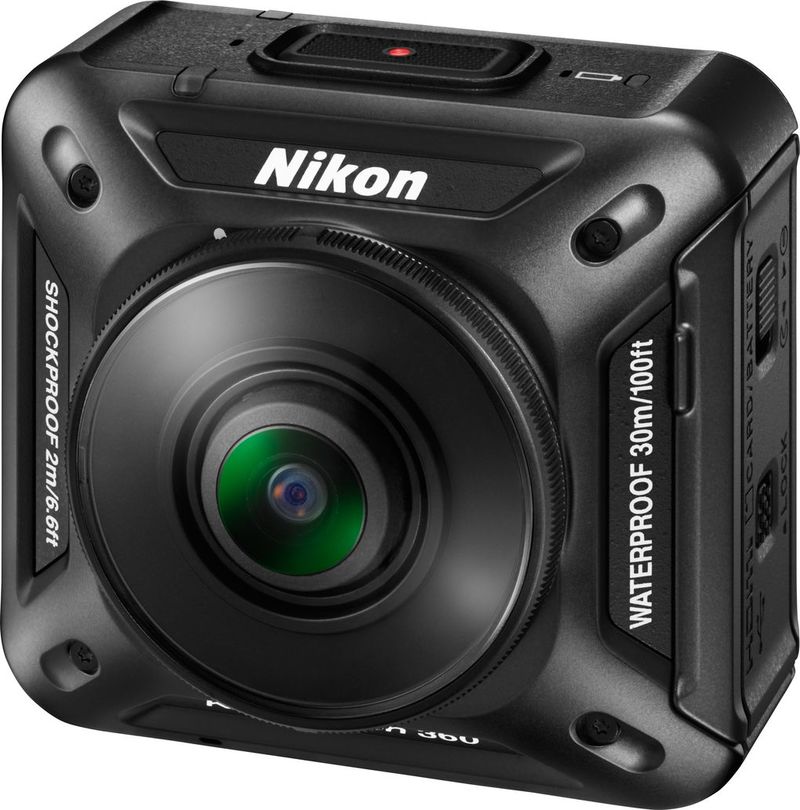 Christopher Magsambol — January 7, 2016 — Tech
References: gizmodo & theverge
Share on Facebook Share on Twitter Share on LinkedIn Share on Pinterest
In its first foray in action cameras, Nikon has released the 'Keymission 360,' meant to capture every moment of your future adventures. Much like other 360 degree cameras, this device has a small square shape, with lenses on either side. It is shockproof for two meters, and waterproof up to 30 meters, with the camera shooting at 4k.

As it stands, little additional information regarding the camera has been released by Nikon, but it looks as though the product's similar specs and aesthetic are meant to rival action camera giant GoPro. Few brands have chosen to enter into the 360 degree camera market, and the ones that have, like Garmin and TomTom offer niche features like GPS and accelerometers to further differentiate themselves from their competition.
5.5
Score
Popularity
Activity
Freshness
Get Trend Hunter Dashboard