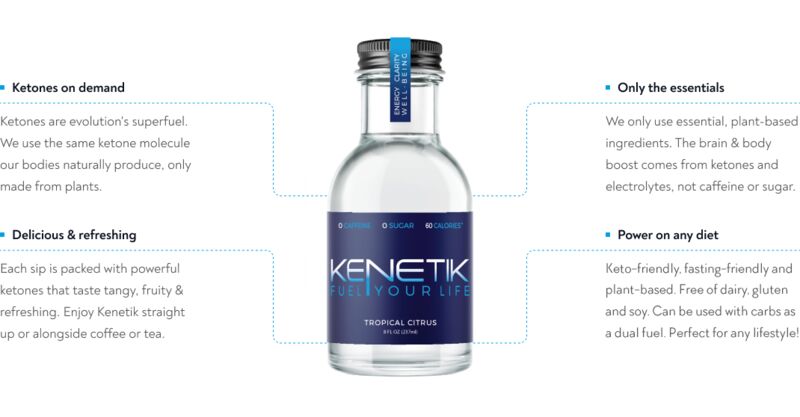 Certainly, what sets 'Kenetik' apart from other energy drinks on the market is its unique ketone infusion process, which enables the beverage to provide users with a clean boost of energy. Ketones are naturally occurring chemicals in the body that work to burn fat instead of carbs. Here, VitaNav has incorporated ketones directly into this beverage in order to improve users' productivity and performance without triggering jitters or crashes caused by caffeine.

“Kenetik offers a clean boost in a bottle whether it’s needed to fuel workouts, jumpstart the morning or power through late nights," said Peter Bayne, co-founder of VitaNav Inc.