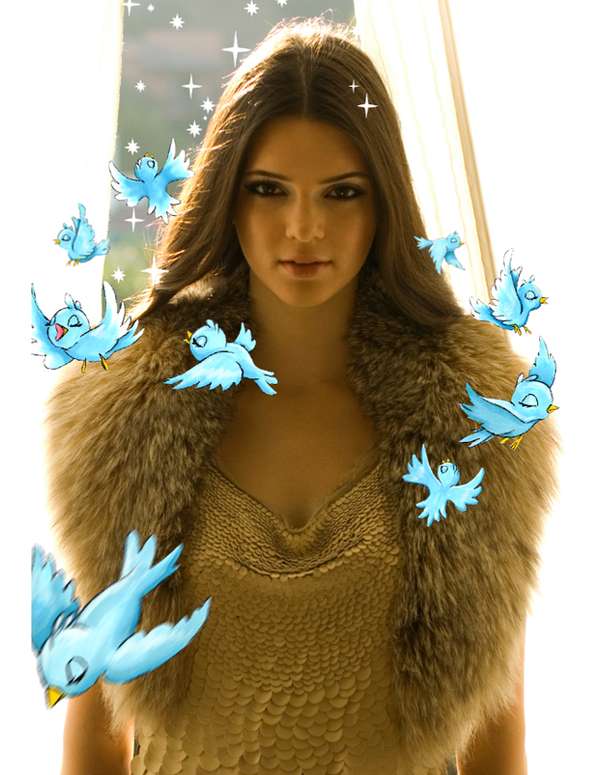 Katherine Vong — December 14, 2011 — Pop Culture
References: fashionista & styleite
Kendall Jenner appears in this fun and charming editorial for Lovecat, which is being referred to by the magazine as its 'Sextember Issue.' And while you might expect the Kendall Jenner Lovecat shoot to be inappropriate for a 16-year-old, you'll see that it's really just cute and flirty and not all that sexy.

The reality TV star and half-sister to Kim, Chloe and Kourtney Kardashian looks pretty and whimsical in a fashion shoot that uses cartoon woodland creatures as its main accents. The Kendall Jenner Lovecat spread appears in the third issue of the publication, which, according to Fashionista.com, calls itself a "model fanzine." If you can recall, this is the publication that recently featured androgynous model Andrej Pejic as Marilyn Monroe.
2.6
Score
Popularity
Activity
Freshness

Charitable Meet-and-Greets
Kim Kardashian Wants to Meet You, But Only to Benefit Japan