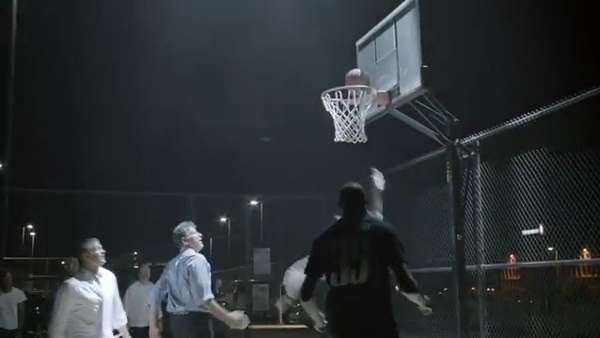 Matt Ho — November 29, 2011 — Pop Culture
References: youtu.be & hypebeast
Nike Basketball recently released a commercial entitled 'KD Paint the Town,' which is a little different from what one would expect out of an NBA star's sneaker ad.

Instead of visuals of epic dunks and crossovers, KD Paint the Town has more of an honest approach. The clip features Kevin Durant driving around late at night looking for pick-up games around Oklahoma City. The athlete ends up finding more than one game in a senior recreation center, a church and even a truck stop. There's a certain honesty and heartfelt feel to this commercial that works way better than flashy concepts. It's heartwarming especially when you watch Durant interact with different people who love the game just as much as he does.

With the NBA finally kicking off on Christmas day, this isn't a bad way for Durant to prep for the season.
1.1
Score
Popularity
Activity
Freshness