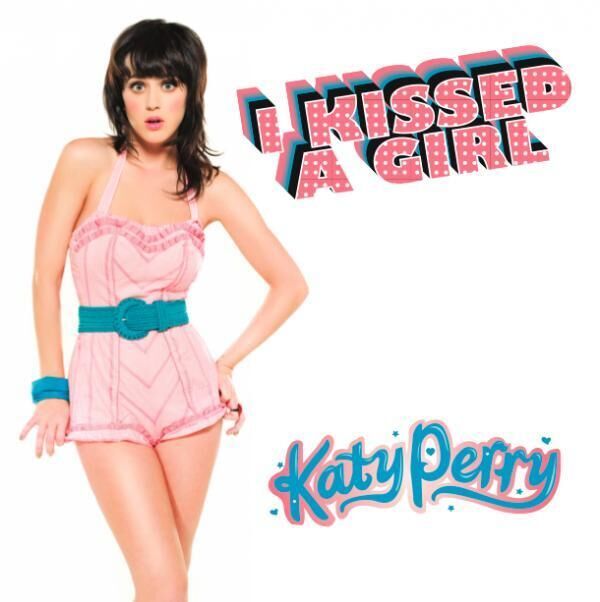 mediterranean — June 29, 2008 — Pop Culture
References: katyperry & billboard
Share on Facebook Share on Twitter Share on LinkedIn Share on Pinterest
Singer songwriter Katy Perry, a Pastors' daughter, used to sing christian music about God. Now she's singing a different tune about kissing a girl (and liking it) that has just topped the US charts. I suppose a little faux lesbianism never hurts when it comes to pop careers.

A few years back, two Russian girls in the name of t.A.T.u took the music world by storm, thanks to a fake 'we are lesbian lovers' plot.

The song, which unseated Coldplay's â€œViolet Hillâ€ from the top, has become the number 1,000th No.1 hit on the Billboard Hot 100. The first No.1 hit in the rock era was Bill Haley and His Comet's "Rock Around the Clock" in 1955.

"I Kissed a Girl," is the second single from Katy Perry's album 'One of the Boys', which recently debuted in the top 10 of Billboard Album Chart. Perry said the song is, "about the magical beauty of a woman." This is not Perry's first dabble into cheeky homosexuality, the first single of this album was a fun song called, "Ur So Gay."

Naturally, "I kissed a Girl" has come under fire and criticism from some conservative groups, claiming it promotes promiscuity. Hey, a kiss never hurt anyone!