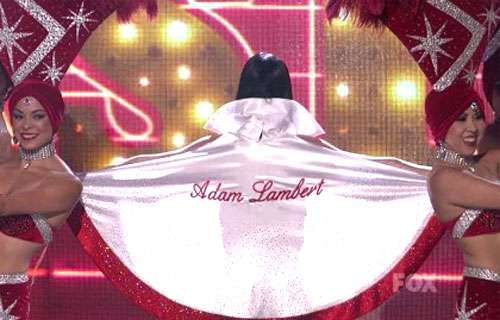 During Katy Perry’s song “Waking Up in Vegas,” the singer put on an Elvis-style cape and showed off the “Adam Lambert” embroidered on the back. Kris Allen fans are upset that the cape Katy Perry wore on American Idol showed off more than Perry’s quirky style, with the design giving Adam Lambert an edge up in the competition.