Closed Off Residences
Next
Set of
Related
Ideas 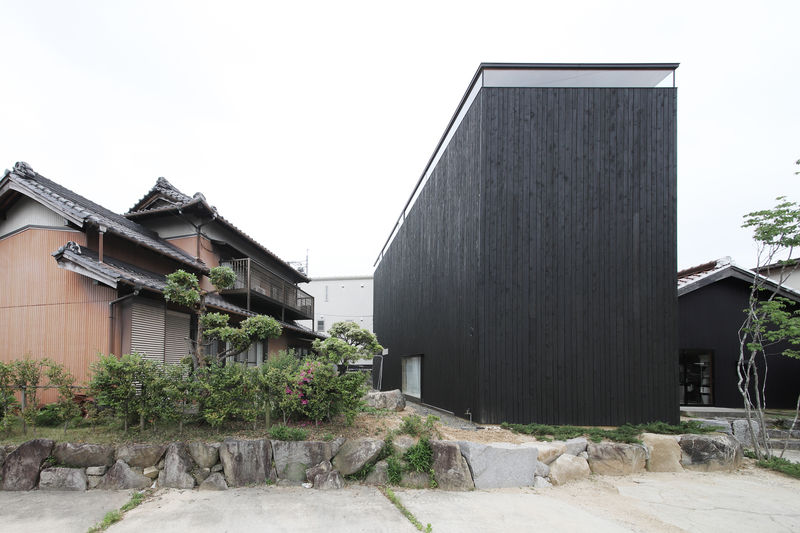 Joey Haar — June 13, 2018 — Art & Design
References: archdaily
Share on Facebook Share on Twitter Share on LinkedIn Share on Pinterest
Like the famous alien obelisk from Stanley Kubrick's landmark film '2001: A Space Odyssey', the latest home design from Katsutoshi Sasaki + Associates stands in stark contrast to the surrounding scene. While the rest of the homes in the area are more or less traditional, 'T', as the abode is called, is a rigid two-story rectangle of a building with smooth, windowless walls covered in black timber. But rather than ushering humanity toward its next evolutionary stage, Katsutoshi Sasaki + Associates' design is a surprisingly pleasing and comfortable home.

Though T appears to be windowless, there is a wraparound window that covers the top section of the building. It doesn't seem like much, but that upper window provides plenty of natural light to the home's residents.