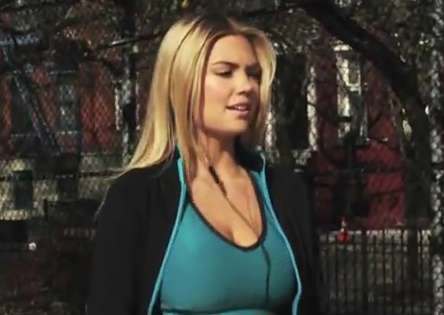 The Kate Upton for Zoo York Ad is Quirky

The two roaches are chilling on a park bench, watching the Zoo York skaters. To their delight, Sports Illustrated model Kate Upton shows up for a jog, and the two creepy crawlies discuss the scene. While one roach comments on sliding backside moves of the boarders, the other bug drools over the stretching model. The incident ends in a close to fatal outlook for the roach, and he then goes on a hilarious threat-ridden rampage.