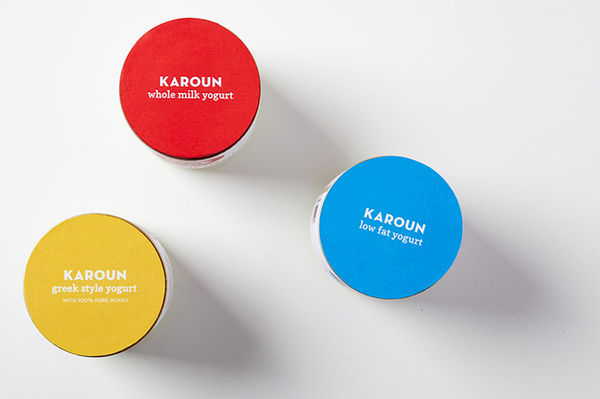 Jamie Danielle Munro — June 3, 2014 — Lifestyle
References: behance.net & packageinspiration
Karoun Yogurt is a brand that has been around for quite sometime, so Christina Jirachachavalwong decided to take it upon herself to do a bit of an upgrade to the packaging.

She went with a minimalist and playful look, and one that would get this yogurt noticed on the shelves instead of becoming lost in the clutter. Each kind of yogurt was given a distinct primary color. For example, the whole milk yogurt was assigned to red, and the low fat yogurt to blue. On the front consumers can see a cow starting straight out, forging the relationship between the yogurt on the shelf and where everything came from, which adds to the idea of freshness of the product on the shelf.
2.7
Score
Popularity
Activity
Freshness