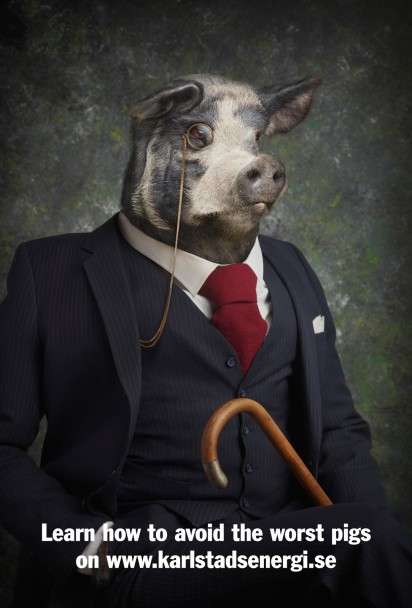 Meghan Young — October 25, 2012 — Marketing
References: karlstadsenergi.se & ibelieveinadv
The Karlstad Energi campaign looks like something straight out of the classic novel 'Animal Farm' by George Orwell. It was the pigs that became 'civilized' and took over the farm, after all. Dressed as wealthy individuals, the pigs in this ad campaign don't look very trustworthy. The company hones in on this seediness in order to encourage people to take their electricity business to them.