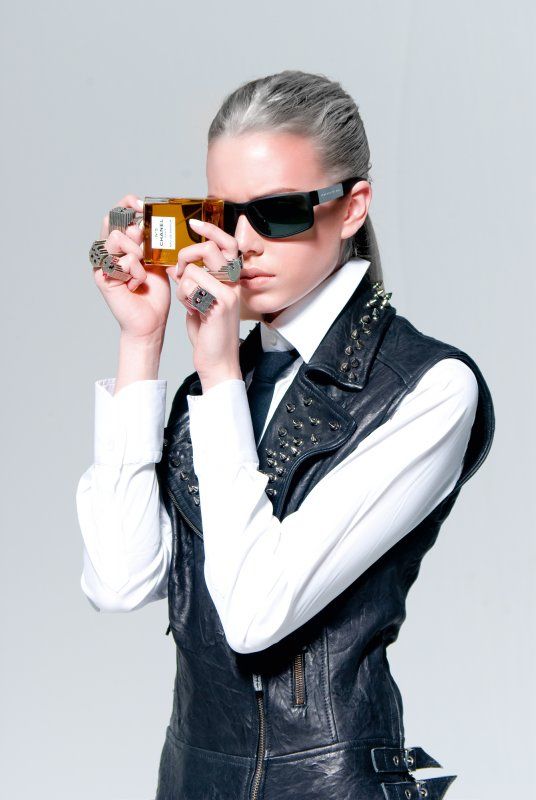 Jana Pijak — June 5, 2014 — Pop Culture
References: beyond-production & beyond-production
PLASTIK Magazine's "Karl Who" editorial is the work of creative studio BEYOND Production. Led by Eli Rezkallah, the studio aims to push visual boundaries with their work and this fashion story is no exception.

Channeling fashion icon and Chanel designer Karl Lagerfeld, Beyond Production's "Karl Who" editorial is the opposite of expected. The eccentric designer is portrayed by a grey-haired female model who dons his classic black-and-white outfits, studded gloves and oversized black shades.

The model poses in stoic captures as well as playful shots that reveal the designer's youthful and rebellious side. Despite of his age, Karl Lagerfeld is a style guru for young generations and is known for keeping in tune with the latest in music, fashion and film.
3.5
Score
Popularity
Activity
Freshness