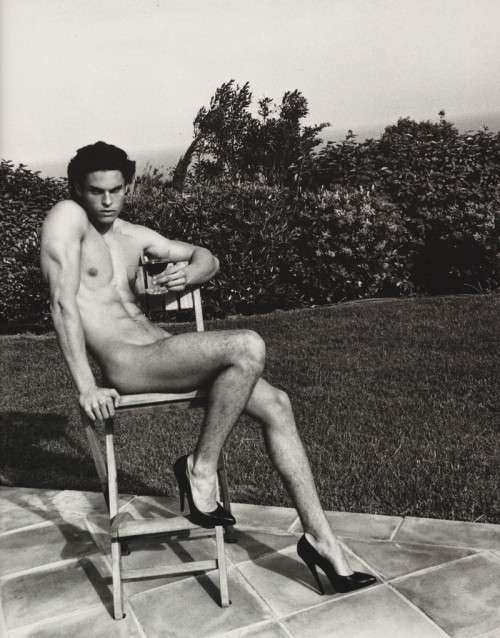 mediterranean — August 29, 2009 — Naughty
References: homotography.blogspot
Share on Facebook Share on Twitter Share on LinkedIn Share on Pinterest
Karl Lagerfeld and art director Olivier Zahm present a provocative editorial in the new issue of Purple Magazine. The idea is to pay homage to the iconic Helmut Newton woman, but the catch is that male model Baptiste Giabiconi plays the role of the female.

Photographer Helmut Newton is famous for his striking portraits of Amazonian looking naked female, and Baptiste gives it his best shot while he wears a pair of stiletto heels.

Implications - Androgynous models and designs in fashion are becoming increasingly more popular, with supermodels and musicians paying tribute to the opposite sex in various publications. The phenomenon, though widely accepted, is still controversial and attracts audiences because of the mystery and allure surrounding it. Businesses and artists can use androgynous fashion and advertising to appeal to a wide demographic, as it attracts all genders and shows that company is progressive.
6.7
Score
Popularity
Activity
Freshness
View Innovation Webinars